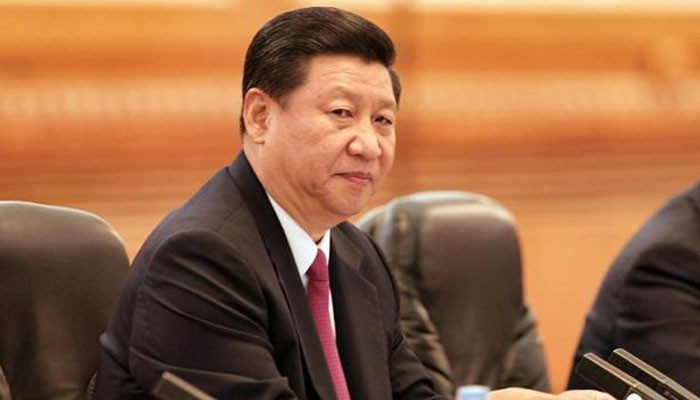 Two and a half years since the coronavirus first emerged in Wuhan, China is the last major economy still closed off to the world, despite its relatively low death toll.

Lockdowns across dozens of cities – from the manufacturing hubs of Shenzhen and Shanghai to the breadbasket of Jilin – have wreaked havoc on supply chains over recent months, crushing small businesses and trapping consumers at home.

That has imperilled Beijing’s full-year growth target of about 5.5%, with forecasters anticipating that around one percentage point may be shaved off that figure.

“We remain deeply concerned about growth,” Nomura analysts said this week. “We believe the Omicron variant and zero-Covid strategy represent the dominant challenges to growth stability.”

Yet China’s Communist leadership insisted Thursday that the country will stick “unswervingly” to zero-Covid, with a meeting chaired by Xi declaring that “persistence is victory”.

To curtail the growing economic damage, Beijing has offered words of respite to the tech sector from rolling regulatory crackdowns and promised to pump prime the economy with an “all-out” infrastructure campaign.

But observers say rallies may be temporary as long as the state’s reflex remains to hammer down the virus caseload at all costs.

“(The measures are) all very welcome… but how many more bridges and how many more sports stadiums are going to help us in creating an environment of predictable growth?” European Chamber president Joerg Wuttke told reporters on Thursday.

While many cities have bounced back after short, targeted lockdowns, other areas such as agricultural base Jilin province have been slow to recover from waves of restrictions.

“That precedent (Jilin) could mean a longer-lasting impact from Shanghai’s highly disruptive lockdown,” said Ernan Cui of Gavekal Dragonomics in a report Friday.

Devil in the detail

Analysts are waiting for details of the delivery behind sweeping promises of support from Beijing’s policymakers.

China’s tech firms have been under the state’s microscope on concerns over data misuse and monopoly.

But shares of major tech firms soared as the government called for “healthy development” of the sector and shifted its language on completing its “rectification”.

It is unclear if that signals an end to a punishing round of regulatory scrutiny.

Markets also cheered on as the government announced support for real estate and an infrastructure push to buoy economic and social development.

But China “does not have much room for further infrastructure building, (or) government borrowing on the local level,” said Dan Wang, chief economist at Hang Seng Bank China.

“In reality, there’s not much room to grow.”

While it harks back to Beijing’s four trillion yuan ($600 billion at today’s rates) stimulus package after the 2008 financial crisis – which included massive infrastructure investment – Zhaopeng Xing of ANZ Research said “we doubt the authorities will carry it forward at the cost of rising debts”.

China’s State Council has also said it would give cash handouts to jobless migrant workers and urged stronger support for small firms harried by lockdowns and shrivelling consumer demand.

But re-inflating the economy is a big task made more complicated by each new level of virus control, experts say.

“Those easing measures, even on a large scale, may not achieve their intended impact due to lockdowns and logistics disruptions,” Nomura added in its note.

A path of regular mass testing – which China appears to be embarking on — may also come with a hefty bill.

It would cost between 0.9% and 2.3% of GDP for a regular testing mandate to expand across China, according to Nomura.

With the economy flagging, an effective bounce could be given by lowering the interest rate, while authorities could also turn up the spending to drive the infrastructure push.

But optimism is fading five months into a year already defined by the battle with the pandemic, with business activity collapsing and consumers afraid of what is to come.

“People had high hopes for this year,” Wang said.

PKR gains further against dollar after speculators warned of action