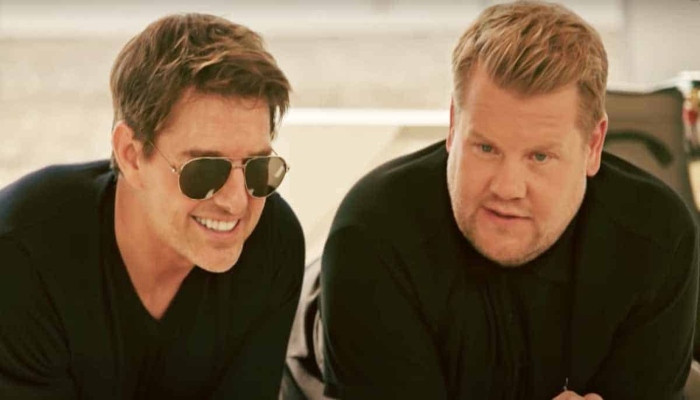 Tom Cruise is famous for performing his own stunts. The actor is said to have trained to withstand G-force power and actually flew in real fighter jets for the iconic, Top Gun.

While promoting the film during an appearance on The Late Late Show, the Mission Impossible actor took Corden up in the air as his wingman and flew him over the desert in vintage fighter jets.

“I’m very excited that James is doing this,” said Cruise, as part of the 15-minute-long segment that aired during Monday’s (23 May) episode.

Upon their arrival, the Edge of Tomorrow actor reminded Corden of their last adventure in 2018, in which they jumped out of an airplane.

In the recent episode, Corden was seen distressed and swearing as the pair undertake Top Gun training in the air, with Cruise referring to Corden as his “Goose”, a reference to one of Top Gun’s best-known characters.

“When you say I am your Goose, it makes me feel excited and then I realise that Goose dies at the end of the film,” Corden jokes.

The actors also reenacted more scenes from Top Gun: Maverick including, playing volleyball and telling stories beside a campfire before howling at the moon together.