HomeENTERTAINMENT‘Thor: Love and Thunder’ trailer is out: Christian Bale looks unrecognizable as...
ENTERTAINMENT

‘Thor: Love and Thunder’ trailer is out: Christian Bale looks unrecognizable as Gorr 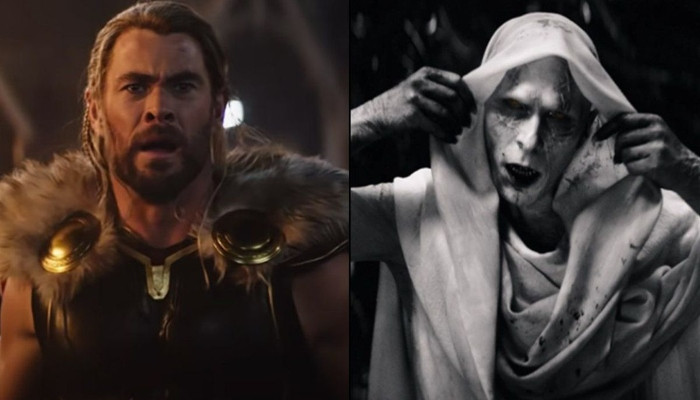 After much anticipation, the first trailer for Thor: Love and Thunder has finally arrived, and fans are excited to watch a gripping a new angle on the journey of Chris Hemsworth’s titular hero.

On Tuesday, Marvel Cinematic Universe released the first official trailer for the highly-anticipated film. The franchise lead Hemsworth returns as Thor in the teaser clip.

The trailer has left fans stunned as it introduces Christian Bale’s villainous Gorr the God Butcher character, a galactic killer ‘who seeks the extinction of the gods.’

Thor: Love and Thunder is directed by Taika Waititi, who re-energized the franchise with the critically and commercially successful Thor: Ragnarok, released in 2017.

In the trailer, Waititi — who also plays the character of Korg — narrates “the story of space viking Thor Odinson,” who saves Earth “for the 500th time” and sets out on a new journey and gets in shape (after putting on some weight in Avengers: Endgame).

Thor: Love and Thunder is slated for a July 8 release.