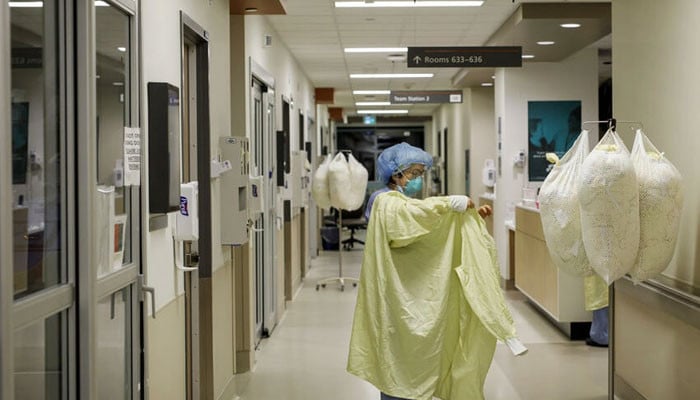 STOCKHOLM: One person in Sweden has been diagnosed with monkeypox, health authorities said Thursday following similar cases in Europe and North America.

The rare disease usually manifests itself through fever, muscle aches, swollen lymph nodes, chills, exhaustion and a rash on the hands and face.

“One person in the Stockholm region has been confirmed to be infected with monkey pox,” Sweden’s Public Health Agency said in a statement.

The infected person “is not seriously ill, but has been given care,” according to the agency.

“We still don’t know where the person was infected. An investigation is currently underway,” Klara Sonden, an infectious disease doctor and investigator at the agency, said in a statement.

The health authority is now “investigating with the regional infection control centres whether there are more cases in Sweden,” it said.

The European Union agency, which said it was “monitoring the situation closely”, recommends that “suspected cases should be isolated and tested and notified promptly.”

Several dozen suspected or confirmed cases of monkeypox have been detected since the beginning of May in Europe and North America, stoking fears that the disease is beginning to spread.

The UK, which first reported cases in early May, on Wednesday evening reported a total of nine cases in the country.

On Wednesday, Spain, Portugal, Canada and the United States all reported having cases of confirmed or suspected monkeypox.

Authorities have generally been reassuring, with Spanish and Portuguese officials stressing that the disease is not very contagious between humans.

The increase in cases is nevertheless worrying, and the World Health Organization (WHO) said Monday it was looking closely at the issue and in particular that some of the cases in the UK appeared to have been transmitted within the gay community.