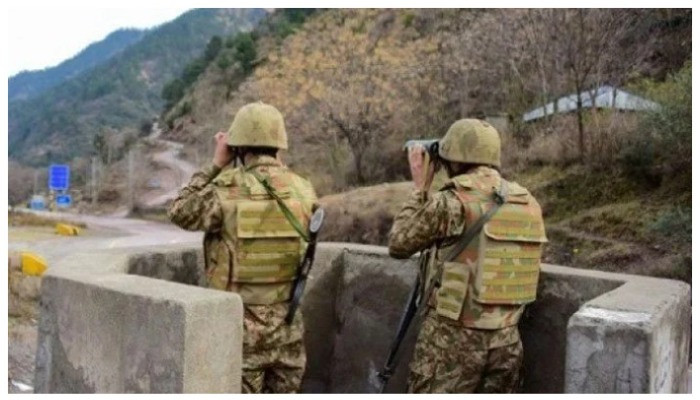 Three personnel of security forces were martyred in a suicide attack in the Miran Shah area of North Waziristan, the Inter-services Public Relations  (ISPR) said in a brief statement on Sunday.

The military’s media wing said that three children also lost their lives in the attack.

According to ISPR, the martyred soldiers include Lance Hawaldar Zubair Qadir, Sipahi Uzair Asfat and Sipahi Qasim Maqsood, while the deceased children were identified as four-year-old Anam, eight-year-old Ahsan and 11-year-old Ahmed Hassan.

The statement further said that the intelligence agencies are investigating the attack to identify the suicide bomber and trace his handlers and facilitators.

Meanwhile, Prime Minister Shehbaz Sharif condemned the terrorist attack. The premier paid tribute to the martyred soldiers and expressed solidarity with the families of the deceased children.

“Murderers of innocent children are the enemy of both Islam and humanity. We will not stay calm till the end of cruelty and brutality,” PM Shehbaz said while pledging to punish the backers of “these murderers”.

He said that the sacrifices made by the armed forces of Pakistan is a golden page of Pakistan’s history and the entire nation is proud of the martyrs.

Moreover, Federal Minister for Information Marriyum Aurangzeb condemned the attack on the security forces too and expressed solidarity with the families of the deceased.

“Malicious elements want to disturb the peace and security situation. Such cowardly acts would not dampen our spirit,” she said.

She said that the sacrifices made by the security forces for maintaining peace and security will not go in vain.