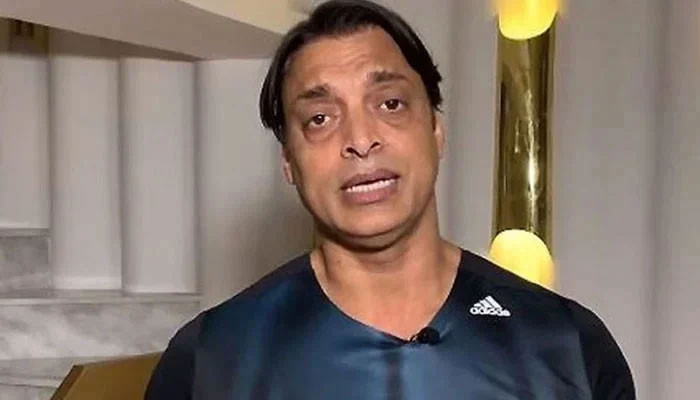 KARACHI: Pakistan’s legendary former pacer Shoaib Akhtar revealed the training techniques that helped him increase his bowling speed and ultimately allowed him to break the 160kmph barrier in ICC WorldCup 2003.

In a video, shared on his YouTube channel, Akhtar said: “I use to bowl 157 and 158kmph consistently but somehow I was unable to click 160kph. I started planning regarding myself to train in order to cross the 160kmph barrier.”

Shoaib Akhtar maintained that he later planned to tie himself to a truck and pull it. This worked out, as he started training and managed to pull a truck to almost 5 miles, he added.

Shoaib Akhtar while revealing his gym training said, “I doubled my weight training for sake of building muscles in the gym. This started changing my biomechanics.”

He also managed to change his training in the nets session. “I started bowling on 26 yards pitch rather than normal 22 yards pitch and aimed to bowl at 150kph on an extended pitch” he added.

“I later started bowling with an old and torn ball on a 26 yards pitch which gradually resulted in increasing my pace.”

Shoaib Akhtar holds the record for bowling with 161.3 kmph against England in the 2003 ICC World Cup.