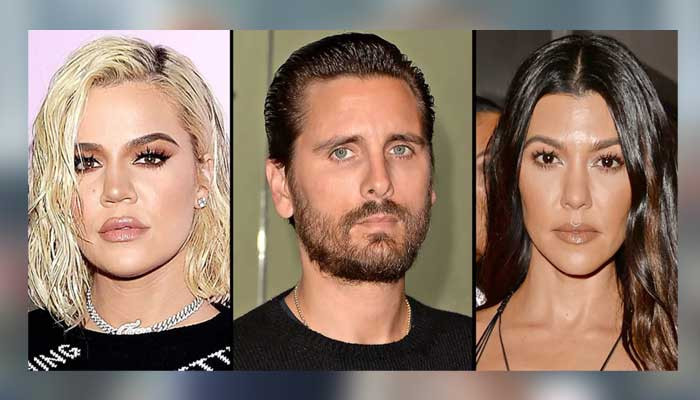 Scott Disick has come under fire for his “snarky” comments about ex-girlfriend Kourtney Kardashian as  Khloe Kardashian blasted the .

The 38-year-old found himself in hot waters when he made snarky comments about Kourtney in a recent episode of The Kardashians during conversation with Khloe Kardashian.

Khloe asked Scott – who  has three children with Kourtney: “How’ve you been?”

Kourtney’ ex  replied: “Don’t get me wrong, I’ll always love your sister. I wasn’t that caught off guard. I thought they’d already been married the way that she was talking. So it wasn’t crazy.”

He then added: “Thank God, because at another time in my life, if I would have heard that, life would’ve been over for me.”

“It does give me a lot of relief that she’s happy, somebody else is taking care of her,” Scott continued.

In a one-on-one chat with the camera, he went on to say that it was his fault breaking up the family and that he had responsibility to “be there for Kourtney and take care of her, even though we weren’t together, I just felt that guilt. So it was a lot to handle.”

Scott told  Khloe: “I… in a selfish way feel like a lot has kinda been lifted off of me. I think in the end… it’s a good thing. I couldn’t do the job of being with her,” before saluting Travis because “he’s in for a lot of work”.

Khloe questions this, asking: “What do you mean? Like with the whole family?”

To which Scott responds: “No, the family’s the best part. Kourtney is not the simplest when it comes to… everything.”

Speaking a confessional to the camera, Khloe adds: “This is just him being snarky.”

Khloe went on: “He’s acting out… it’s so clear, it’s so transparent. But if Kourtney was such as problem… why would he want to be with her for so many years?”

Kourtney will tie the knot for the third time with the Blink-182 drummer in Portofino this weekend, but it has been reported that Scott has not made the guest list. The intimate Italian wedding will be in front of close friends and family after the couple had an unofficial wedding in April in Las Vegas following the Grammy Awards.