Ryan Reynolds remembers how his brothers ‘saved’ him from their dad 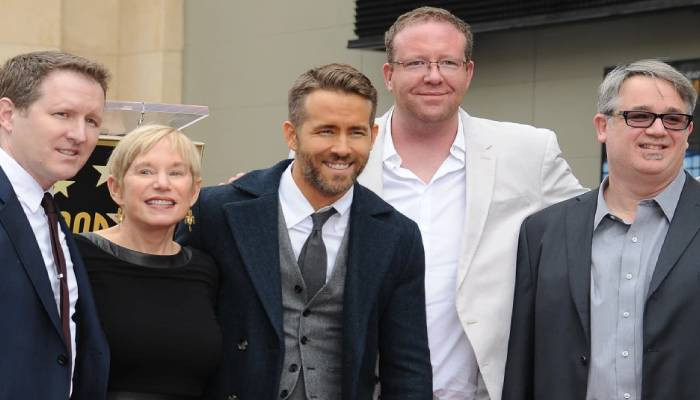 Ryan Reynolds has revealed how his brothers supported and stood up for him against their strict father in a recent chat show.

According to ET, the 45-year-old appeared on David Letterman’s Netflix talk show My Next Guest Needs No Introduction where he shared details about his amazing camaraderie with his brothers.

The Deadpool actor reminisced on a memory where he told one of his brothers about how “it would be a cool thing to get his ear pierced” at the age of 12.

Reynolds told the host that his brother warned him that this would not go down well with their dad, James.

“You’re going to die. You’re going to show up at dinner tonight and there will be a messy stabbing death because Dad is going to take one of the utensils and stab you,” disclosed the actor about what his brother said to him at that time.

However, The Adam Project star went on with his plan and showed up to dinner with his pierced ear.

He recounted how he was sweating profusely due to fear, but when he looked up and around the table, he saw how all his brothers “had gotten an earring to sorta save me”.

Adding to this, Reynolds remarked that it’s “one of the most beautiful things I have ever seen in my life”.

Meanwhile, the Free Guy actor also opened up about his complicated relationship with his late father, who died after a long battle with Parkinson’s disease in 2015.

Reynolds asserted that it was his wife Blake Lively who encouraged him to “patch things up with his dad before he passed away”.