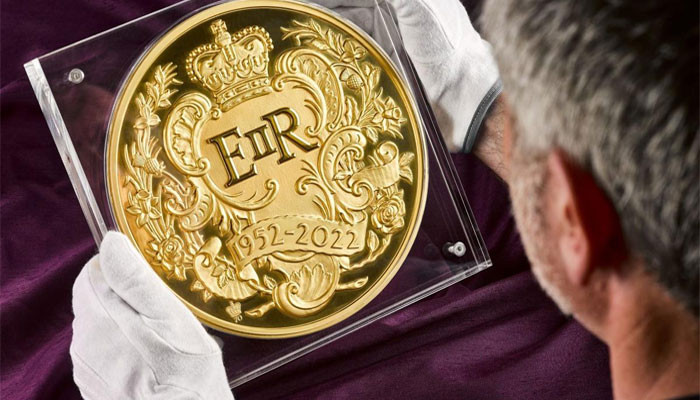 “As the largest UK coin to date, the scale and diameter of the piece has allowed us to push the boundaries of minting to produce an exceptional level of relief and detail,” said Paul Morgan, Technical Manager at The Royal Mint.

The unnamed private collector said in a statement on Wednesday the coin’s design was a fitting tribute to the queen.

“As a long-standing customer of The Royal Mint, I have invested in unique and interesting coins marking moments throughout the queen’s reign that will remain in my family for generations,” the collector said.

“The latest and greatest in my collection is the Platinum Jubilee coin.”

The Royal Mint has also released 1.3 million 50 pence coins to mark Elizabeth’s 70 years on the throne, which Britain will celebrate with four days of nationwide events next month. (Reuters)