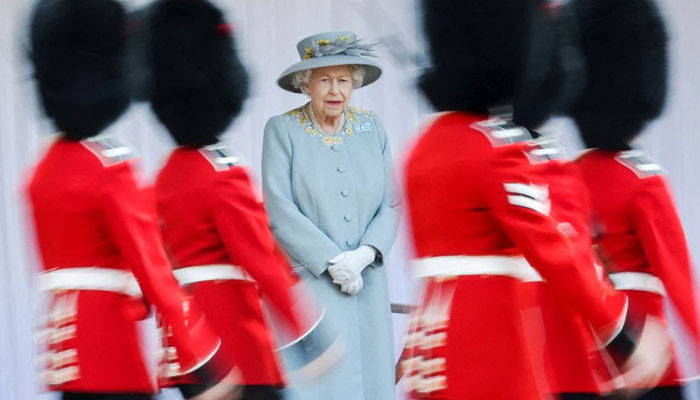 According to media reports, the Queen will not be able to receive the Trooping the Colour salute as she continues to experience ‘episodic mobility problems.’

It will be the first time in 70 years of her reign she would miss the salute at Horse Guards Parade.

The Mirror UK reported that heir to the throne Prince Charles, his son Prince William and Princess Anne are set to be in her stead during the military display.

It will be the Queen’s latest move to delegate her royal duties at the age of 96.

Last week, Queen made a surprise appearance at a new railway line named in her honour, after health issues prevented her attending recent events.

The monarch has rarely attended events outside her royal residences recently and she missed the ceremonial opening of parliament on May 10 for only the third time, due to ongoing mobility issues.

This has caused concern over whether she will be able to attend the main events next month for her Platinum Jubilee, marking her 70 years on the throne.