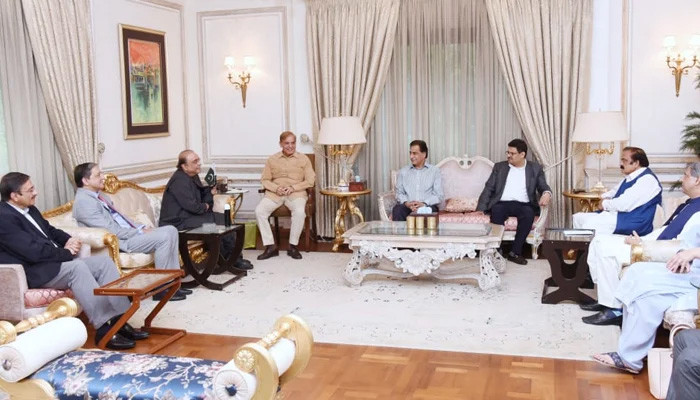 ISLAMABAD: The heads of the ruling alliance will meet today to discuss the political situation in the country after the announcement of the long march toward Islamabad by PTI Chairman Imran Khan, Geo News reported Monday.

According to the TV report, the meeting of the party chiefs was convened to finalise the strategy to deal with the protest call of the PTI.

On Sunday, Imran Khan announced that he is coming to Islamabad on May 25 to seek an election date and dissolution of the National Assembly and gave a message to the country’s military and asked it to adhere to its promise of “neutrality.”

The government is in a fix amid a worsening economic situation due to rising fears that the country might go bankrupt if the International Monetary Fund (IMF) is not revived.

The Fund has demanded the government remove subsidies on petroleum products which is likely to increase inflation and the ruling parties are having parleys on the matter because it has a high political cost.

In this regard, the Shahbaz Sharif government has stated that it needs support from “all sides” to take tough decisions in order to revive the economy. The federal capital is rife with rumours that in case the required support was not assured in a couple of days, the NA may be dissolved and snap elections will be announced.

The participants appreciated the incumbent government’s steps for the people’s welfare and expressed their complete confidence in the leadership of the prime minister.

The political leaders also vowed to rectify the country’s economy through mutual cooperation.