HomeENTERTAINMENTPrince Harry schooled he can 'protect' Queen by 'staying away'
ENTERTAINMENT

Prince Harry schooled he can ‘protect’ Queen by ‘staying away’ 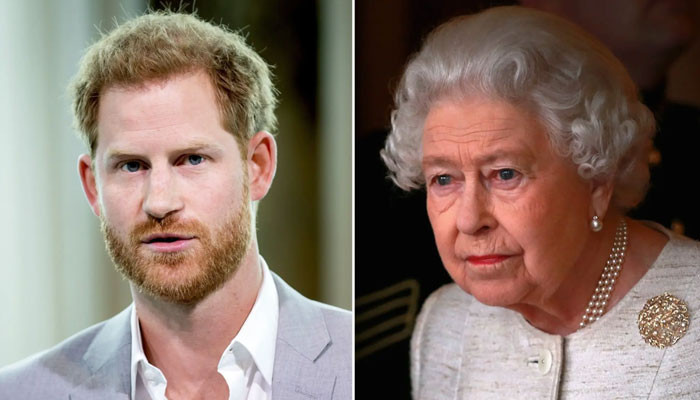 Prince Harry would best ‘protect’ the Queen by staying miles away from her, mocks royal expert.

Speaking of the latest episode of Royally Us, royal expert Jonathan Sacerdoti said: “I think, I, like loads of people here in the UK, but also around the world, think it [the comments] was absolutely ridiculous.

“Imagine saying that you’re looking after your grandmother and protecting her by not seeing her for two years.

“I think it was actually quite a bizarre statement, even coming from the Duke and Duchess of Montecito.”

Harry left UK with Meghan Markle in 2020 and stepped down from his duties as a senior royal.

He added: “I think that, in reality, everyone sees that they’re doing their own thing, which is fine, that’s their choice in life.

“But to then, go and say that actually this flying visit on his way to his appearance in The Netherlands at the Invictus Games, of course with his Netflix crew in tow, I think is honestly a strange thing to say.”

He added: “Just to have parked the film crew outside the door for a quick meeting with grandma so that you can then do an interview on network TV saying that you’re looking after her and protecting her and making sure she’s got the right people around her.”

The royal expert continued: “Some people have said he was making sure she had the right people around her was by not being one of them.”