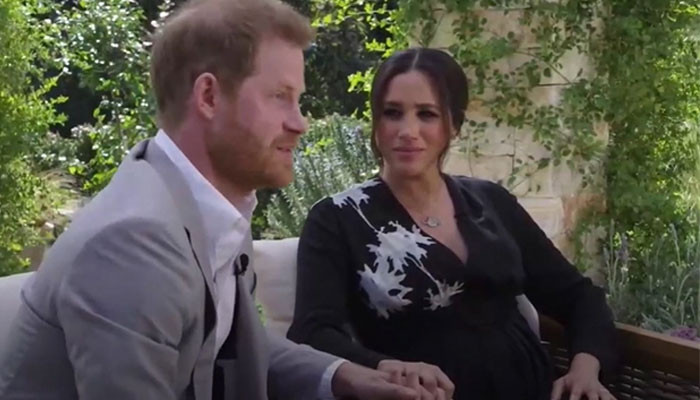 This claim has been made by royal biographer broadcaster Richard Eden, during an appearance with the Palace Confidential.

He began by saying, “For any good fly-on-the-wall documentary, you need some tension, you need drama, otherwise, it’s just boring, isn’t it?”

“You know, Netflix, they do want bang for their buck,” he also admitted.

“I think that Harry and Meghan, when they signed this multi-million pound deal with Netflix envisioned themselves as sort-of like the Obama’s, who’d be commissioning these really worthy series, well, that’s all been thrown out of the window.”

“Netflix have ditched Pearl, the very worthy animated series about a teenage girl inspired by Meghan and instead, they’re going for what they think will sell which is a program about the Sussexes themselves.”

“I imagine it’s going to be a constant debate. Look, they’ve always been keen to keep the children out of the public eye, but then when they gave that interview to Oprah Winfrey, what did we see? We saw Archie, you know, along the beach and we saw the first glimpses of family.”

Before concluding Mr Eden added, “So, I’m sure Netflix, if they’re paying that money, would expect to see the children as well.”

Share
Facebook
Twitter
WhatsApp
Previous articleFly me to the Moon: US, Japan aim for lunar landing
Next articleTan France dubs his Next In Fashion co-host Gigi Hadid an ‘amazing mom’
RELATED ARTICLES
ENTERTAINMENT