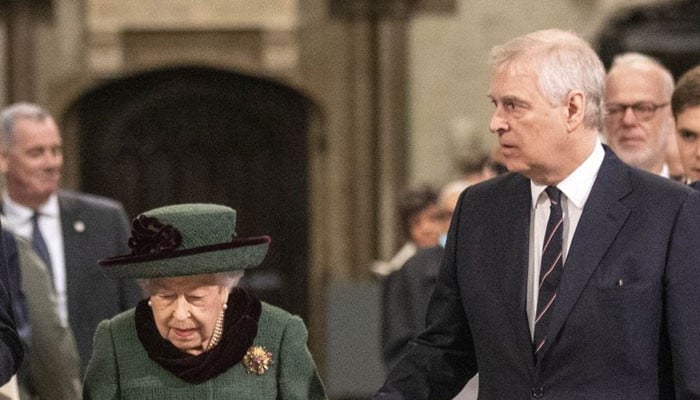 Prince Andrew is striving hard to reclaim respect in the eyes of the Queen.

As per the Mirror, the Duke of York visits the 96-year-old on a regular basis, to make amends for the shame he brought to the family with Virginia Giuffre sex scandal.

A royal source told The Mirror: “Andrew is doing all he can to make amends for the shame he brought on his family for being involved in such a scandal.

“He wants to make it up to the Queen which is why he is doing all he can to see her as much as possible.”

While Andrew might have earned a soft corner in the heart of the Queen, other members of the royal family do not favour the Duke as much.

The source added: “The rest of the family, apart from Her Majesty, are united in feeling that he should stay out of the limelight and keep quiet having left such a stain on the family.”

Meanwhile, Andrew is banned from being with the Queen at her balcony for Trooping the Colour.

A royal insider claimed: Although he has clearly been hurt by being cast aside for the Jubilee celebrations, he has been exceedingly chipper of late and appears completely intent on being on hand for his mum while showing the family he is still of some use.

“He has been a regular daily visitor to the Castle and often pops in to see the Queen before he goes out riding for the day, taking full advantage of the incredible facilities.

“The Duke sometimes stays after his ride and dines with the Queen.”