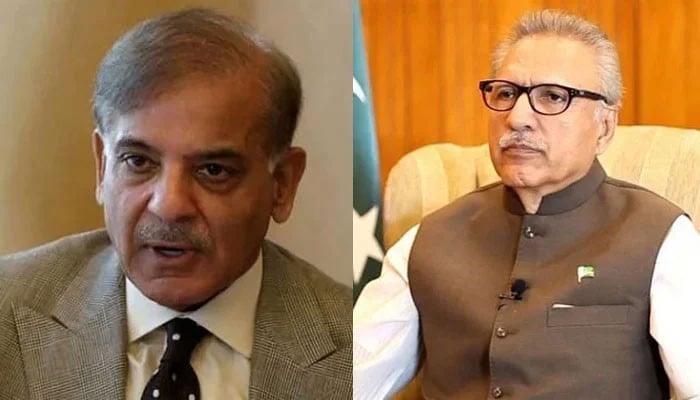 ISLAMABAD: Reiterating that Omar Sarfraz Cheema still holds the office of the Punjab governor, President Arif Alvi on Saturday asked Prime Minister Shehbaz Sharif to reconsider his advice about the appointment of a new governor in accordance with Article 48 (1) of the Constitution.

“The governor shall hold office during the pleasure of the President”, as envisaged by Article 101 (2) of the Constitution, President Alvi said while referring to the President’s Secretariat’s earlier communication, dated May 09, 2022.

He said that the present circumstances demanded that the incumbent governor should continue to hold that position, read a statement issued by the President’s Secretariat.

The president also made reference to governor Punjab’s letter, dated 23rd April 2022, and a report, dated May 4, 2022, in which it had been highlighted that the change in loyalties of the members of the Punjab Assembly, during the election of the chief minister of Punjab, and cobbling of the majority by illegal means had generated serious governance issues in the province as well as violated the Article 63-A of the Constitution.

“The principled stand of the governor had been vindicated by the recent pronouncement of the Supreme Court of Pakistan on May 17, 2022, on Reference No 1 of 2022, moved by the president of Pakistan,” read the statement.

He underscored that the stance of the Omar Sarfaraz Cheema was further augmented by the decision of the Election Commission of Pakistan (ECP), on May 20, 2022, declaring the defection and changing loyalties of the 25 Members of Provincial Assembly Punjab (MPAs) in the election of the chief minister, Punjab as the “worst form of betraying the electorate and party’s policy”.

He maintained that the 25 defecting MPAs had ceased to be members of the Punjab Assembly, as per ECP’s decision.