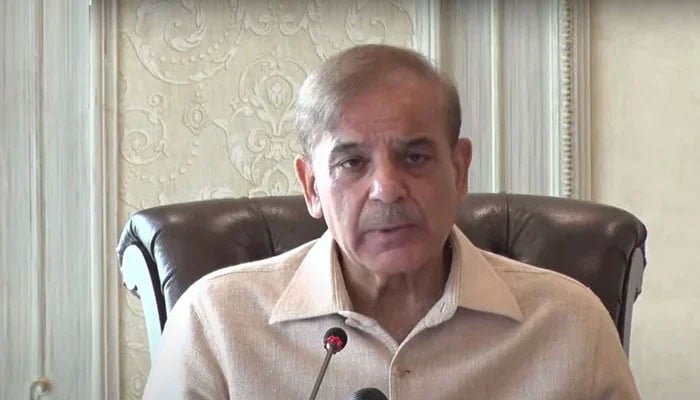 In his maiden speech, the prime minister will speak to the nation on the current economic situation of the country, said the sources privy to the matter.

Matters relating to national affairs and other issues will also be discussed by PM Shehbaz Sharif.

Earlier today, with the uncertainty over the revival of the International Monetary Fund (IMF) loan programme amid increasing political pressure on the government to announce snap polls, the Pakistani rupee slumped to a new historic low in the interbank market.

With a fresh decline of Rs1.61, or 0.81%, the local currency closed at Rs200 against the greenback today, the State Bank of Pakistan (SBP) reported.

The rupee had closed at Rs198.39 yesterday; however, in line with the analysts predictions, the currency surpassed the startling milestone of 200 within the first few hours of trading today.

On the first day of talks with IMF mission, Pakistan has indicated that it is willing to take “tough measures” such as increases in POL products and electricity prices, but only in stages, in order to restart the stalled $6 billion fund programme.

Meanwhile, Prime Minister Shehbaz Sharif has taken notice of the continuous depreciation of the rupee against the US dollar. The premier will convene an important meeting today on the economic situation to discuss issues related to preventing the currency from devaluing.

During the meeting, which would be attended by the officials from the Ministry of Finance, Federal Board of Revenue and Ministry of Commerce, the premier will be apprised of the situation regarding imports and exports of the country.

According to the directives issued by PM Shehbaz, relevant authorities will present an implementation report on the decision regarding the ban on importing non-essential items.