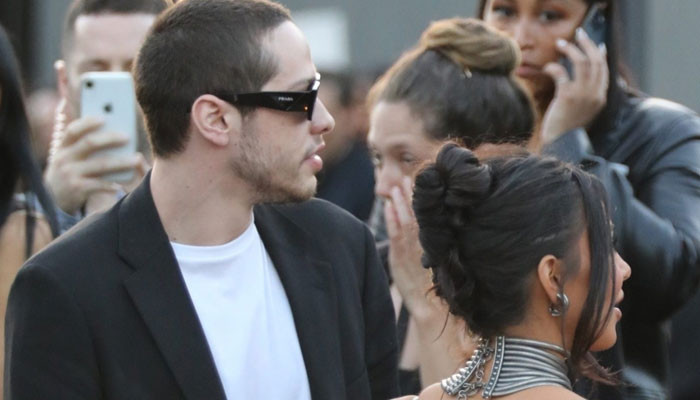 Pete Davidson ensured he was by girlfriend Kim Kardashian’s side in California court.

The Kardashian family, which is currently sued by Black Chyna, is rigorously making court visits for day to day hearings in the case.

A source confirmed to Page Six the “Saturday Night Live” star was present at the courthouse. At one instant, the couple also kissed in the hallway.

Earlier, Kim was asked about her text messages to Keeping Up With The Kardashians producer Bunim-Murray about taking a break from filming in the wake of Rob and Chyna’s fight.

“Chyna will not be on our show. And it’s actually putting my brother in bad position because he ends up crying all day saying the only reason she [Chyna] showed up was because she was filming,” Kim wrote.

When asked about the messages, she shot back, “I can’t control the content of what they film, but this is our show — why would we film with her?”

Chyna sued Kim, Kris Jenner, Khloé Kardashian and Kylie Jenner for over $100 million, accusing them of using their power and influence to cancel her TV series with ex-boyfriend Rob Kardashian titled “Rob & Chyna.”