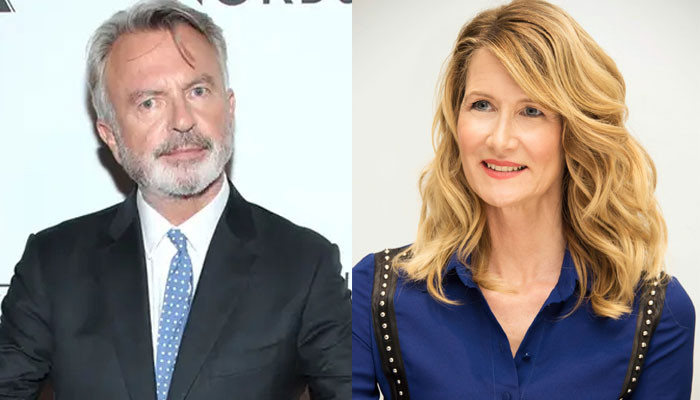 Sam Neill and Laura Dern  dished on their 19-year age gap in the hit movie Jurassic Park in which  they romanced each other as Dr. Alan Grant and Dr. Ellie Sattler.

During a conversation with The Sunday Times, the Marriage Story star said that playing the love interest of Neill in the science fiction movie felt “completely appropriate” at the time.

“I am 20 years older than Laura!” the Peaky Blinders actor said to the outlet. “Which at the time was a completely appropriate age difference for a leading man and lady!”

He added, “It never occurred to me until I opened a magazine and there was an article called ‘Old Geezers and Gals.’ People like Harrison Ford and Sean Connery acting with much younger people. And there I was, on the list. I thought, ‘Come on. It can’t be true.'”

“Well, it felt completely appropriate to fall in love with Sam Neill,” stated Dern. “And it was only now, when we returned in a moment of cultural awareness about the patriarchy, that I was, like, ‘Wow! We’re not the same age?'”

The duo will be reprising their roles after 30 years in Jurassic World Dominion, which is set to be released in June 2022.