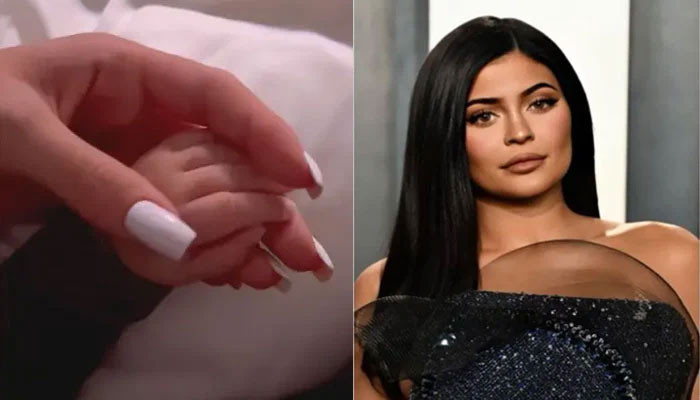 Kylie Jenner left internet buzzing with speculations around the diva having revealed her son’s name.

The Kardashians star, who is currently marking a joyous time in Italy for the Kourtney-Travis wedding, recently shared gorgeous photo of her and daughter Stormi.

“Just me, storm, and coconut travelling the world together,” the 24-year-old captioned the post.

Khloe commented on the post, “Coconut is too cute,” while Kim said, “I love you three.”

Kylie’s millions of fans appeared convinced that the tot’s name is Coconut even though he was nowhere seen in the picture.

“Name new baby is coconut for sure,” one comment read while another read, “Kylieee mi love, is it coconut from wolf webster?”

“Wat wait!! You called your son Coconut?” another fan asked.

This came after the Kylie Cosmetics mogul welcomed her second baby with Travis Scott in February and announced their son’s name Wolf Webster in an adorable Instagram post.

However, a month later the lovebirds back-tracked expressing that the moniker didn’t suit their newborn.

“FYI our son’s name isn’t Wolf anymore. We just really didn’t feel like it was him. Just wanted to share because I keep seeing Wolf everywhere,” the couple’s statement read.