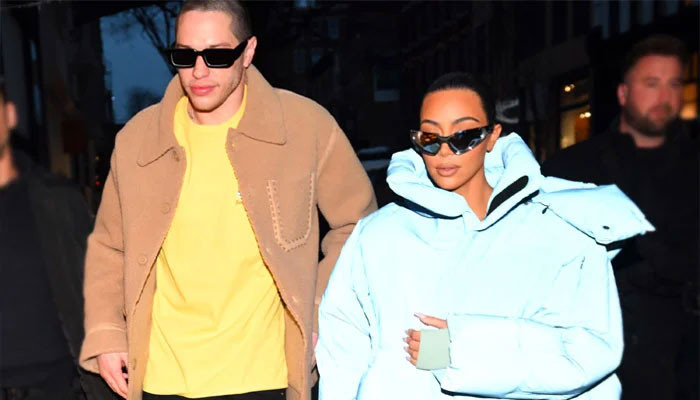 Pete Davidson is known for his appearance in Saturday Night Live but the comic has reportedly decided to leave the show after which fans have been blaming his romance with Kim Kardashian.

The King of Staten Island star rose to massive fame thanks to his mega-hit gig which will soon be coming to its end as word broke on Friday that the 28-year-old is planning to make his final show this weekend.

Reacting to the news, fans have taken over Twitter to write about their fears of Davidson committing ‘career suicide’ by abandoning his show, which he joined in 2014, amid Kardashian romance.

“The Kardashian curse has begun,” one person tweeted. “This dude is an (expletive). He’s letting her dictate his life already.”

“Are we starting to see the Kardashian curse hit Pete? Hate to see his career get screwed over by a bad date,” another user shared his disappointment.

“He’s been marginally funny as of late. Looks like the Kardashian Curse is real!” a third fan added.

Moreover, another user slammed the famed family for allegedly killing the careers of those associated with them.

“The Kardashian Curse has moved from sports to SNL,” the post read.

Meanwhile, Kylie Jenner talked about the ‘curse’ during the 2016 episode of Keeping Up With The Kardashians.

“The Kardashian curse is every male figure that comes and dates a Kardashian,” she said. “Their life kind of just goes downhill after that.”