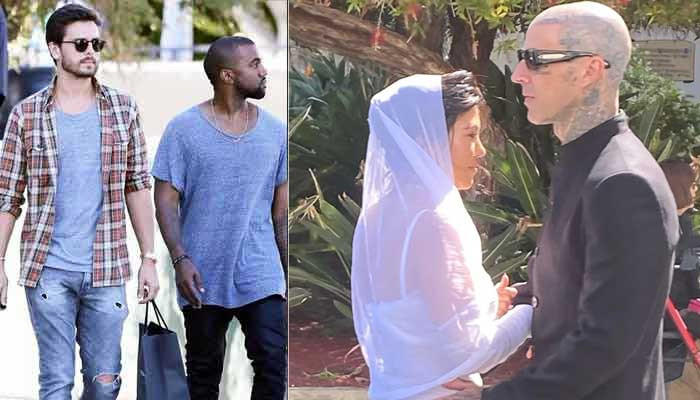 Kim Kardashian, Khloe, Kendall and Kylie, as well as Kris Jenner, and Kim’s daughter, North have arrived to attend Kourtney and Travis Barker’s wedding in Italy.

Scott Disick, Khloe’s ex-partner with whom she shares her children, was notably absent. Kim’s ex Kanye West was also not present. While, Kendall arrived with her boyfriend, Devin Booker.

It seems as Kanye and Scott could miss the event and Kim’s new beau Pete Davidson may join his lover soon in Italy, a source has revealed.

The family trip comes just days after the pair confirmed they had legally married at a courthouse in Santa Barbara, California.

The Blink-182 drummer and Poosh founder are set to marry in the picturesque seaside town of Portofino, this weekend.

The couple, according to TMZ, will tie the knot in a lavish ceremony at Castello Brown. They will marry at the Abbey of San Fruttuoso before celebrating with a reception at the Dolce & Gabbana villa.

The guests will enjoy four days of festivities in Italy, before celebrating at another reception in Los Angeles at a later date.