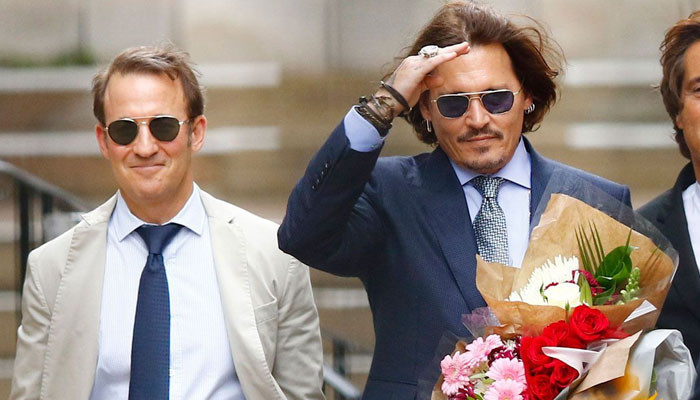 Johnny Depp’s lawyer Adam Waldman’s ‘lifetime’ ban from Twitter  was brought up during his testimony amid defamation lawsuit.

Waldman appeared via a video feed to answer Amber Heard’s legal team’s question about the ban.

After finishing his testimony in court, Waldman took to Instagram to quote George Orwell’s quote from Animal Farm while adding a screenshot of the ban.

“’Unpopular ideas can be silenced, and inconvenient facts kept dark, without the need of an official ban,” Waldman’s post read.

“The Press is extremely centralized, and most of it is owned by wealthy men who have every motive to be dishonest on certain important topics.’ -George Orwell’s Preface to Animal Farm, 1945,” he added.

Meanwhile, Waldman told the court that he has written several letters to the micro-blogging site.

“To ask why I was suspended for life from their platform. And the response that I received was multiple violations of their policy,” he said.

“So I asked, could they name one example of those multiple violations,” he continued. “And they responded by saying, now they were appealing without my asking them to do so … my suspension. That’s when they sent me another note that I was suspended for life.”