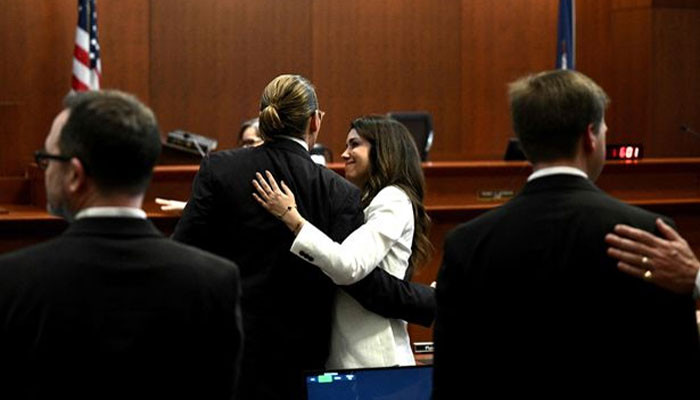 Hollywood actor Johnny Depp’s lawyers including Camille Vasquez, who became an internet celebrity after viral videos from the courtroom, on Tuesday faced a major setback as the judge rejected their client’s request to have countersuit by his former wife Amber Heard dismissed.

Depp’s lawyers responded by asking that Heard´s countersuit against the Pirates of the Caribbean star be dismissed but the court in Virginia, near the US capital, declined to do so.

The judge said enough evidence has been presented for the seven-person jury to weigh the merits of Johnny Depp´s defamation suit against Heard and her countersuit against him.

The 58-year-old Depp has filed suit against Heard over an op-ed she wrote for The Washington Post in December 2018 in which she described herself as a “public figure representing domestic abuse.”

Heard, 36, who had a starring role in “Aquaman,” did not name Depp in the op-ed, but he sued her for implying he was a domestic abuser and is seeking $50 million in damages.

The Texas-born Heard countersued, asking for $100 million and claiming she suffered “rampant physical violence and abuse” at his hands.

The defamation trial has entered its final week and the judge has scheduled closing arguments for Friday, May 27.