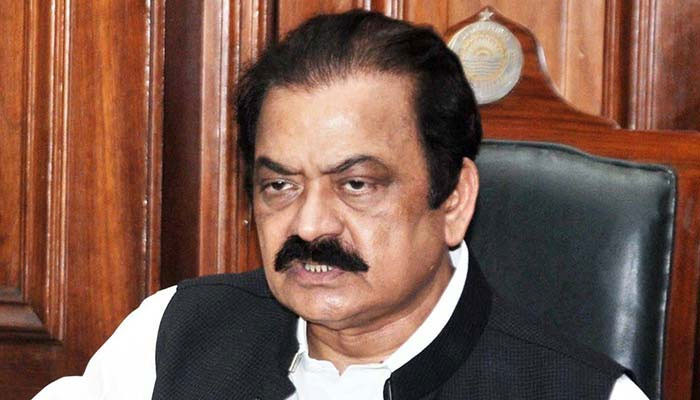 The former finance minister, Ishaq Dar, can take over the same portfolio of finance after he returns to Pakistan, according to federal interior minister Rana Sanaullah Khan.

“There is no issue for him to become a finance minister,” the minister said, speaking to the Geo News programme ‘Naya Pakistan‘ on Friday. “However, the Pakistan Muslim League-Nawaz (PML-N) has not made any decision so far in this regard.”

The government led by the PML-N will take advantage of Dar’s experience as the finance minister, whether he works after assuming the portfolio’s responsibilities or without any portfolio, Rana Sanaullah said.

Ishaq Dar is the party’s senior most leader and he has a complete understanding of the country’s economy, he said. That is why, the government will take benefit from his experience, he said.

The interior minister said Ishaq Dar will play a central role for the uplift of the country’s economy.

Replying to a question, Rana Sana confirmed that Ishaq Dar will come to Pakistan next week.

On Friday, Ishaq Dar told Geo News that he would take oath as a senator immediately after his return to Pakistan. Replying to a query regarding him replacing Finance Minister Miftah Ismail, he said: “I will perform whatever duty is assigned to me by [PML-N supremo] Nawaz Sharif and Prime Minister Shehbaz Sharif.”