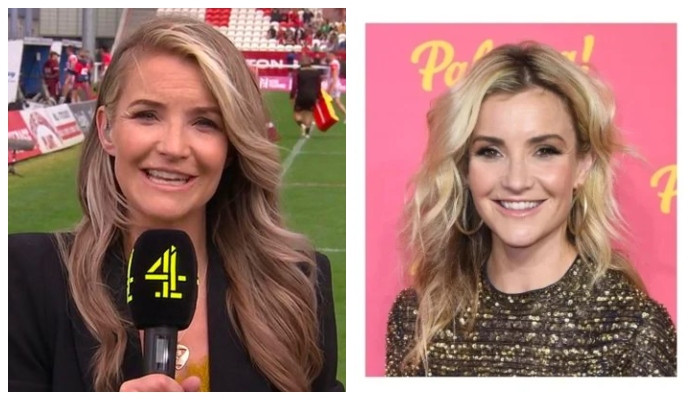 This will be Helen Skelton’s first television appearance after announcing her separation from Richie Myler in April.

The Counrtyfile presenter has returned to TV to host the rugby league coverage on Channel 4 on Saturday after she shared the separation news in an emotional statement on her Instagram Stories.

She had been absent from her BBC1 presenting job at Countryfile since the split but fans were delighted to see her presenting the Hull KR v Catalan Dragons game on Channel 4.

The 38-year-old is leading the coverage in the absence of presenter Adam Hills who is currently in Australia.

Fans were super supportive of the presenter and took to social media to share their thoughts on her return to our screens.

One user said: “I do love Helen Skelton! Fantastic presenter and is so passionate about our ace game.”

“Great to see Helen Skelton is still presenting the Rugby League on Channel 4,” another impressed fan said. “I’m sure it can’t be easy for her given recent events but she always does a great job because she’s a top quality professional.”