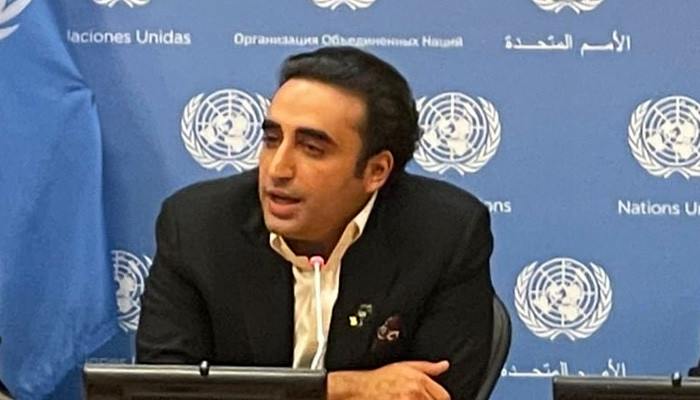 Foreign Minister Bilawal Bhutto Thursday made headlines in Pakistan when he defended former prime minister Imran Khan’s controversial visit to Russia during his interaction with the media in New York.

The foreign minister was speaking at a press conference at the UN Headquarters when he was asked to comment on Imran Khan’s Moscow visit that had angered the western capitals. The PTI chairman blames Washington for toppling his government due to an independent foreign policy — an allegation the US denies.

Bilawal Bhutto, who is the youngest Pakistani foreign minister, answered the journalist with “maturity, grace, and patriotism”, winning praise at home from political pundits and experts.

Bilawal Bhutto said, “as far as the former PM’s trip to Russia [is concerned], I would absolutely defend him,” adding that, “[the] Pakistani PM conducted that trip as part of his foreign policy”.

He said that no one knew that there would have been a Russia-Ukraine conflict.

“I believe it is very unfair to punish Pakistan for such an innocent action. Of course, Pakistan is absolutely clear as far as it comes to the principles of the UN [United Nations] of non-use of force and we stand by these principles,” he said.

The strong defence of Bilawal Bhutto of his political rival in a foreign land has been termed as a sign of maturity by the young minister.

Financial expert Yousuf Nazar took to Twitter and praised the foreign minister for his diplomatic skills at the international forum.

Education expert Ayesha Razzaque said this is how you speak to the world in their language.

“I think IK should relearn what ‘I know the west better than all’ looks like in the real world.”