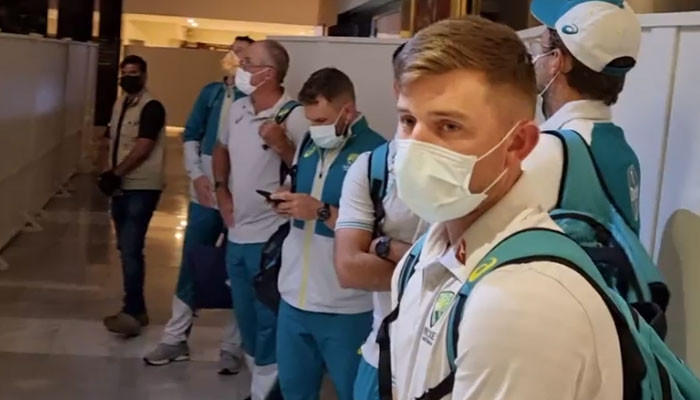 LAHORE: Australia’s 14-member white ball contingent has arrived in Pakistan for the first time in 24 years amid tight security.

According to the details, Australia’s ODI and T20 squad reached the Allama Iqbal International Airport in Lahore via a chartered flight.

During the white-ball series, Pakistan and Australia will play three One-day Internationals (ODIs) and one T20 international next week.

The squad will commence training on Sunday in preparation for the first ODI scheduled to be played on March 29 (Tuesday).

On February  22, Cricket Australia had announced a 16-member a squad for its ODI and Twenty 20 International Pakistan tour.

According to the statement issued by Cricket Australia, batter Aaron Finch will lead the squad, while David Warner, Pat Cummins, Josh Hazlewood, Mitch Starc and Glenn Maxwell will not be part of the squad.

However, the Aussies suffered a blow last week when Kane Richardson suffered an injury and was ruled out of the series.  Left-armer Ben Dwarshuis has been included in the squad.

Tearful Federer bows out of tennis with Laver Cup defeat