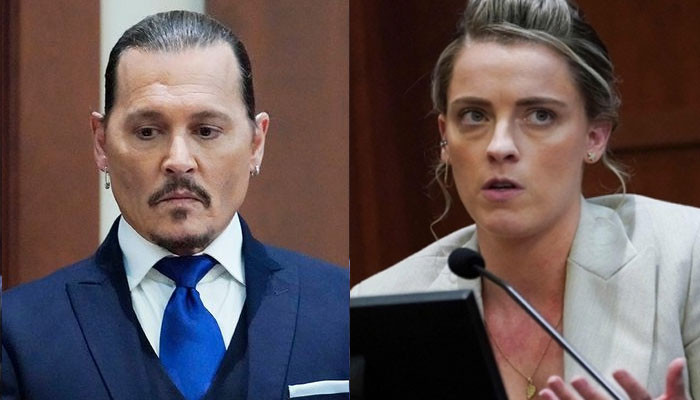 Amber Heard’s sister Whitney Henriquez testified in court that Johnny Depp left a Non-Disclosure Agreement (NDA) for her to sign after he allegedly hit her in the back.

During her testimony on Wednesday in the former couple’s multi-million-dollar defamation trial, Henriquez said that the Aquaman actor found some text messages which indicated that Depp was cheating on her.

However, when Henriquez questioned her then brother-in-law about the alleged affair, he denied it at first but then blamed Amber for it, saying, “Amber pushed me. Amber made me do it. Of course I’m cheating.”

After this, a verbal argument began between the former couple which resulted in Depp hitting Henriquez in the back and then he went on to smack Heard in the face repeatedly, as per Henriquez’ testimony.

The witness then told the court that the Pirates of the Caribbean actor left the room yelling “I hate you. I hate you both. You (expletive)”

After the incident, Depp wanted Henriquez to sign an NDA as she stated in the court, “There was an NDA on my kitchen table.”

“My understanding is it’s a contract to keep things private. To keep your mouth shut, essentially. I was asked to sign one,” Henriquez said, adding, “I don’t believe I signed it. I left sometime after.”